The double lock, which stops ratcheted handcuffs from tightening once the lock is engaged, is now a standard on most modern handcuffs, regardless of the cuff style. While the mechanism of the double lock may vary somewhat depending on manufacturer, they all serve the same two-fold purpose: to prevent potential nerve damage or loss of circulation in the event that the cuffs are tightened, and to prevent the cuffs from being picked. 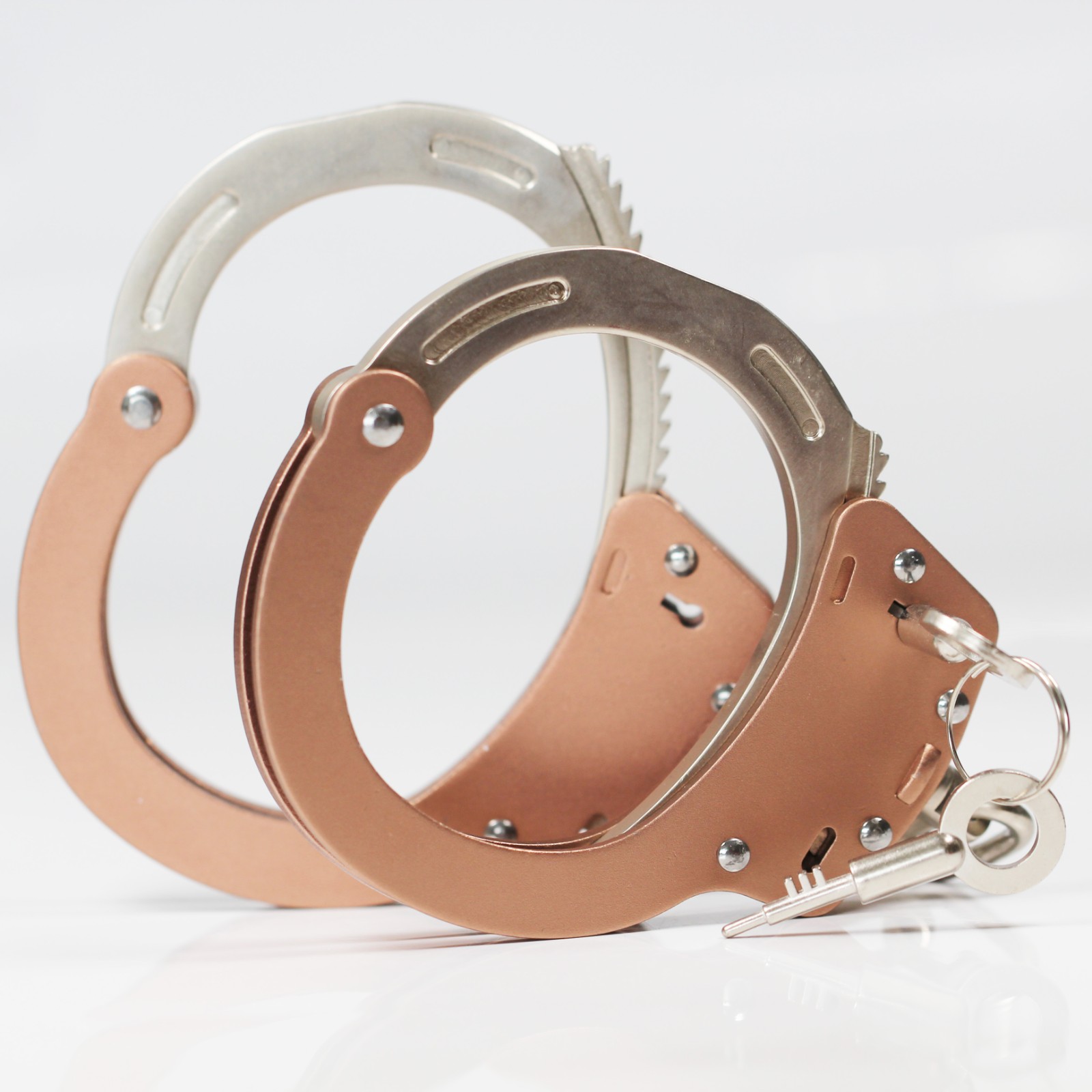 The basic mechanism of a double lock involves a catch which, when engaged, checks the movement of the ratchet wheel to prevent it from tightening further. This catch is typically engaged with the blunt spike you’ll see at the end opposite the tooth on most handcuff keys, although there are also double locks that are instead engaged with a lever on the cuffs, preventing the need to fiddle with the key after cuffing the subject. The double lock is generally disengaged by rotating the universal handcuff key opposite the direction that unlocks the single lock.

A common lock-picking strategy for ratcheted cuffs is releasing the pawl with a shim. To release the pawl, a thin piece of metal is wedged between the locking mechanism and the teeth and then tightened one notch, thus unclicking the lock. This method is rendered useless with the double lock, because the ratchet will not tighten. Lock picking of every kind becomes more difficult with a double lock, because now the single lock will not release until the secondary lock has first been disengaged, even if the lock has been picked “correctly”. A subject who is unaware that the double lock has been engaged could pick at the lock for hours without success.

It’s very unlikely to come across a pair of modern handcuffs that doesn’t include a double lock; if you do, pass them up in favor of a pair that does. The double lock is one of the surest ways to prevent picking and tampering, and ensure the safety of individuals on both sides of the cuffs.

Chat Online 编辑模式下无法使用
Chat Online inputting...
We will get back to you ASAP

Hello, please leave your name and email here before chat online so that we won't miss your message and contact you smoothly.